All About Cali - The Beginning of Something New? - pt2

This is long overdue! I was hoping to post kind-of regularly, but I guess that might just take a bit of time :-P

So its been almost 4 weeks since my trip to Google. And it was very much one of my favorite trips I’ve been on. After that first post I got to go on campus. It was just like how everyone expects the Google campus to be. There were bicycles EVERYWHERE, friendly people everywhere and ofcourse, food, everywhere. That day started with 4 of us car-pooling to campus. We decided to get a pretty good headstart and leave for campus about an hour early. We had been told that the Silicon Valley traffic can be terrible. Unfortunately, the morning traffic is only terrible if you actually hit traffic…

Since we left so early, we completely missed ALL of the traffic and arrived at campus in something like 10 minutes. So there we were, at campus, incredibly early, with not much to do. We decided to venture out again.The 4 of us hopped back in the car and ran over to the ‘main’ buildings. From there we explored a bit more, and took some pictures. Partway across campus, there were some tents set up as advertising for a cleanup weekend they were doing. We loitered around there a bit and were perusing around when I noticed another security officer that started to take a keen interest in us. Woops :-P

No one else of our lil group seemed like they wanted to talk, so I met the security guard and he was making our way over. I explained our situation and he very gladly gave us some pointers of places to check out. Awesome! He also directed us to a couple buildings with open lobbies and snacks. even more awesome. lol. That helped kill a bit of time! . . . So at the next building is where we met all the other people interviewing for the program. There were quite a few, more than I had expected (~15). We exchanged names and I tried my best to be a social one (cuz I once got turned down because I wasn’t social enough, no i’m not bitter……). The checkin kiosk was pretty cool. You type in your name, your contacts name and it spitsout a badge for you. Other than that though, I had to sign papers saying we wouldn’t talk about the interview processes/questions :-/ . BUT I do believe i can say they were pretty fun. They weren’t terribly intimidating and they two sets of interviews (on campus anyways) were broken up by lunch! Which was on campus and was quite amazing. Think Qdoba or a Chipoltle, but without any registers… and instead of fountain drinks, there were glass-front fridges with all sorts of drinks inside you could nab. After the line, ya turn around and theres a chips and salsa bar with fridges healthy drinks and soft drinks. Pretty awesome.

After the interviews we went to another building and played some trivia. Our team, “Backrub”, stomped :-P . really though, we did pretty great and for some reason I still cant ever remember Joshua’s name in War Games when I need to. It was fun and it ended our day there at Google. From there we were ‘dismissed’ with a small bag of goodies (stickynotes, 5$ play credit, and a lego block stress block).

SO. that for the mostpart ended my time there at the Googleplex. We all left the campus and headed back to the hotel. We all semi-formed some groups and decided we should go check out the sites and the nearby attractions while it was still light out. Alexandra, Esaul, Will and I all met back up in the lobby and tried to get a plan together. After talking a bit with the front desk, we decided to hit up In-n-Out Burger and drop by a local lake right off the bay and test out the new Chrome Frisbee. :) 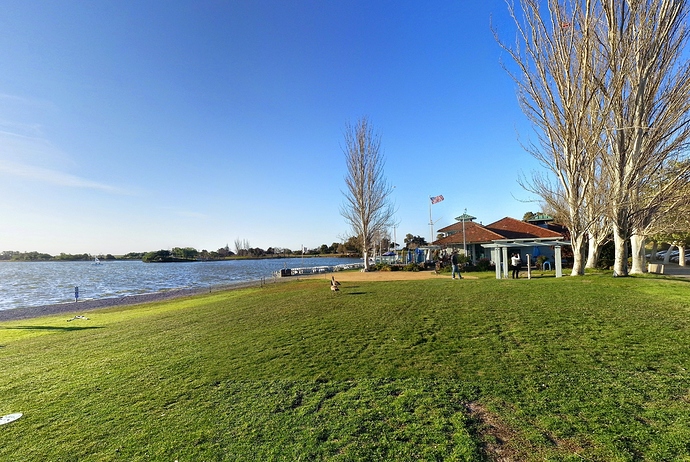 It was a whole lot of fun that I wont soon forget. We walked around a short bit of the lake and found some benches to have lunch/dinner. There was a crew team that was practicing out on the lake as well as a few wind boarders (our first hint that a Frisbee probably wouldnt’ be a good idea). Nonetheless! We tried and only once got it stuck in a tree.

Long enough post for now. Got lots of catching up to do! Check out the uncategorized posts for some misc projects and shenanigans.