Lots lined up, but its hard getting some of this stuff done when you now live in an apartment in the bay area and don’t have access to the shop you once did back in OK :/ (also, my apartment doesn’t allow ‘automotive maintenance’ in it’s garage sooooo I’ve been avoiding doing anything during peak hours )

My first truck was a little black nissan and it had a ‘super nice’, matching, leer camper shell. The truck was ALL black and I got pretty used to it. When I got this one, that was a bit of a helping factor for that decision. 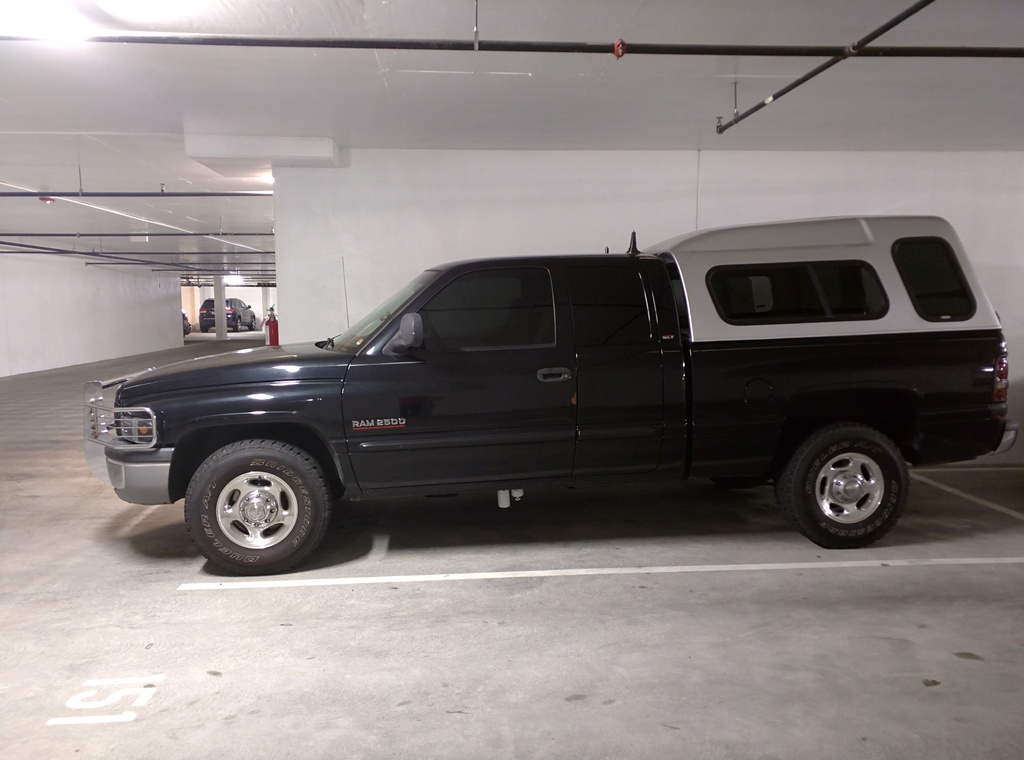 Luckily I had a couple friends who were willing to test their relationship with their landlord :-P We hit up craigslist for a pretty decent rigid sander and some paper from home depot and got to work. 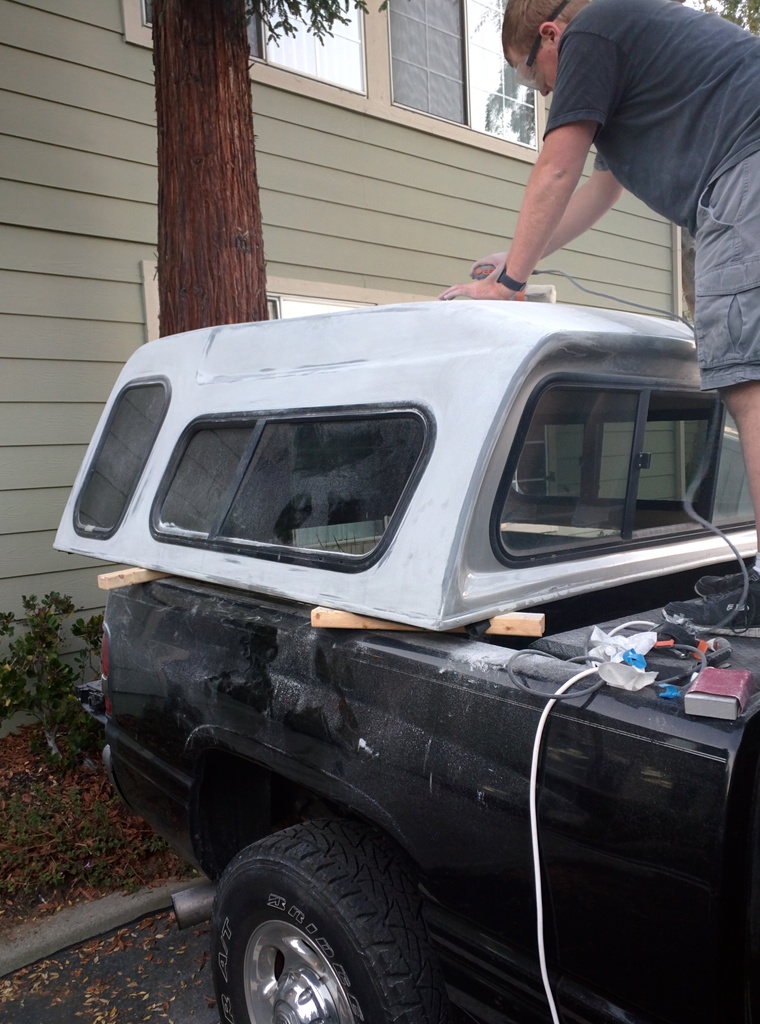 We made a pretty huge mess… this pic hardly puts it into perspective. After 2 days of sanding, we easily had enough dust that we were leaving foot prints in their parking lot. woops 0 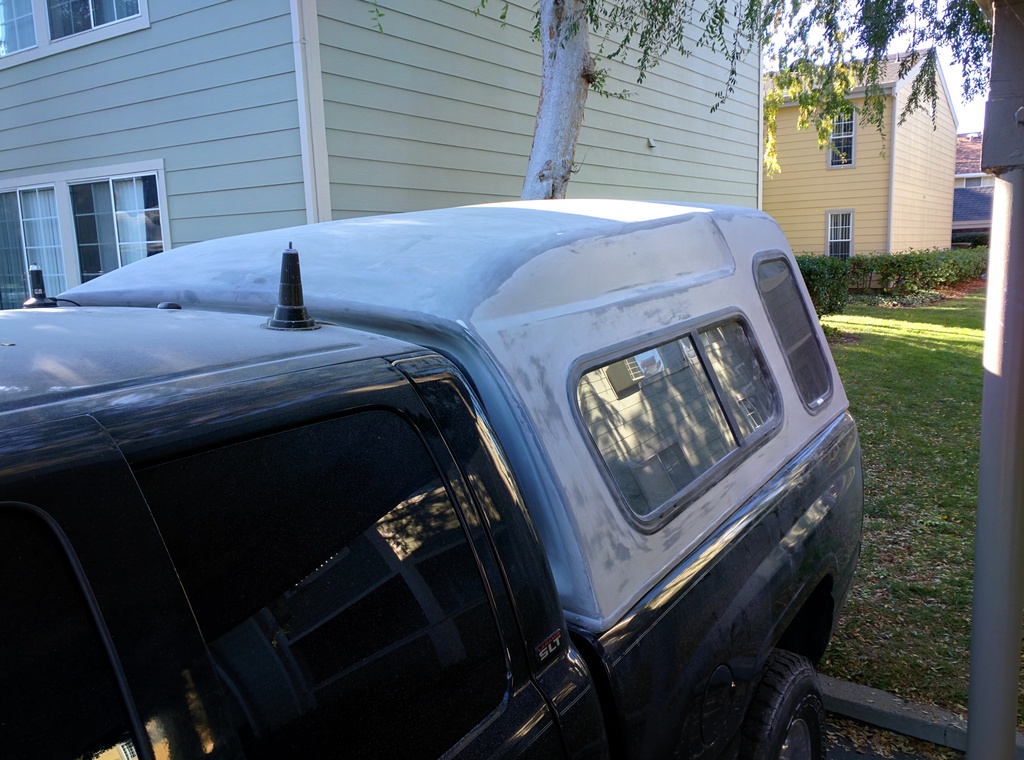 From this point, it was shaping up pretty well. In hindsight, I really should have spent more time with the 220+ paper on the sides by the windows, I left some pretty visible sanding marks that ended up showing through (I’d like to pass the blame on to the paint guy that said it shouldn’t show… but I just didn’t invest the time I should have and I was too excited to see it painted) . I had done a bit of research in the weeks leading up and called up several shops, but the quotes I was getting were far higher than I wanted to pay for a 2nd(+) hand camper shell that doesn’t really fit. A new Leer 122 starts around 1,800 and that is what I was getting for quotes to paint it facepalm. BUT, after talking a bit to a couple guys at Maaco, we decided they would do JUST the painting for ~$200. Now I doubt thats a normal price, but hey… should be fine, right? . I’ve heard several horror stories about Maaco, but I was willing to take the risk. 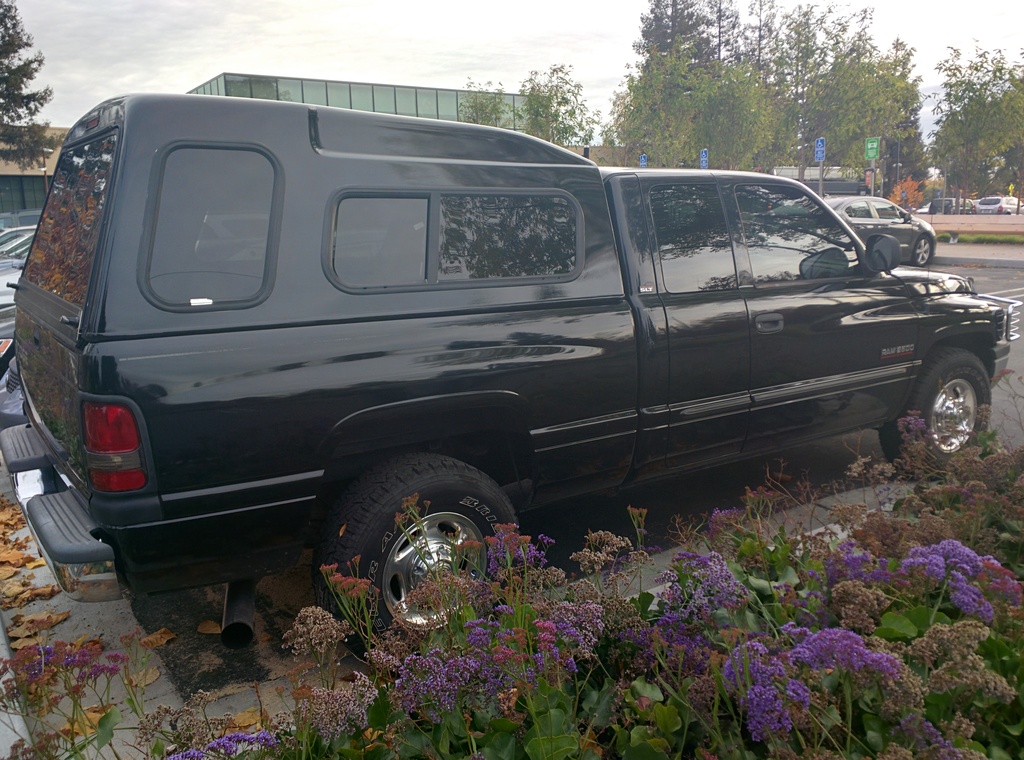